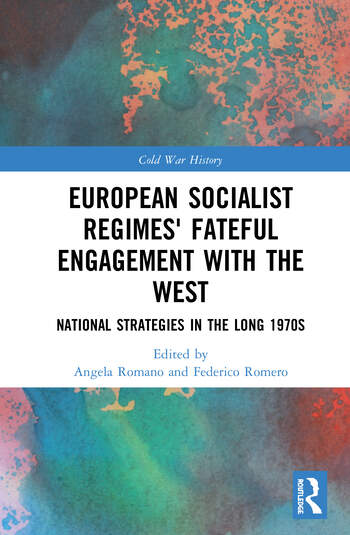 This edited volume analyses European socialist countries’ strategy of engagement with the West and the European Economic Community in the long 1970s.

The book focuses on a time when the socialist regimes of Central and Eastern Europe banked their hopes for prosperity and stability on enhanced relations with the West. Crossing the traditional differences among diverse fields of historiography, it assesses the complex influence of European and global processes of transformation on the socialist elites’ reading of the international political and economic environment and their consequent decision-making. The volume also explores the debate in each country among and within the elites involved in policymaking as they elaborated this strategic view and coped with shortcomings and unexpected turns. A comparative analysis of national cases shows a shared logic and common patterns, together with national variations and a plurality of views on the desirability of exchanges with their capitalist neighbours and on the ways to promote them. The multinational coverage of seven countries makes this volume a starting point for anyone interested in each socialist state’s foreign policy, intra-bloc relations, economic strategy, transformation and collapse, relations with the European Community and access to the EU.

This project has received funding from the European Research Council under the European Union’s Horizon 2020 research and innovation programme (Grant Agreement n. 669194)